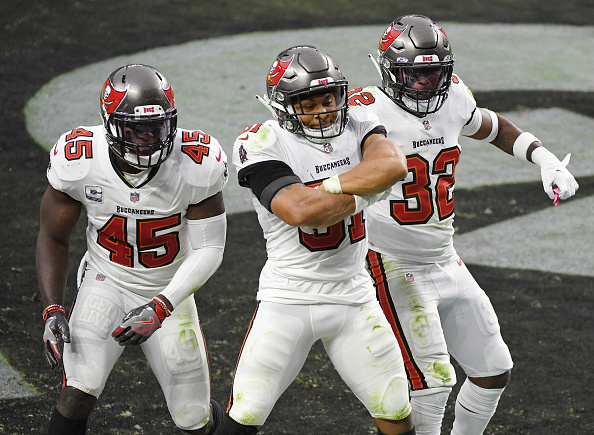 194 feet was one foot too short and the Saints survived against the Panthers playing without Michael Thomas and Emmanuel Sanders . Week 7 had all of the most likely chosen teams win, so it’s on to week 8 for almost everyone in your pool. Bye weeks and the dwindling number of teams to choose from will make navigating the next few weeks critical in giving you a chance to win your pool. Is it time to take teams that aren’t the most likely to win so that you may be able to gain an edge on your pool?

As we always look for home favorites of 7 or more points, week 8 provides us with just two. The Chiefs are 19 ½ point favorite over the Jets and will be the team chosen by most in pools. This is a slam dunk and I’ve recommended waiting on choosing the Chiefs so that you can use them either this week or next. The Jets defense played better in week 7 holding the Bills to 6 field goals, but their offense could only muster 4 total yards in the second half. Yes, that’s 4 yards. Good thing Adam Gase gave up the play-calling so that no one could blame it on him.

The Eagles at home are 7 ½ point favorites over the Cowboys, and this is the last chance to take them before the last two weeks of the season. The Cowboys are going to be starting Ben DiNucci. DiNucci was at Pitt then transferred to James Madison (where I was able to see him play as my daughter was a student there). He’s a decent QB, but NFL ready? Not a chance. The Eagles secondary is made of swiss cheese, but the defensive line will not give him time to throw and mistakes will be made. The Cowboys secondary may be worse than the Eagles and Carson Wentz should be able to lead multiple drives into Cowboys territory. It won’t be a popular pick, but it’s one to consider.

The only other favorite of more than 7 on the board is Tampa over the Giants by 10 ½  on Monday night in the swamps of Jersey. Tom Brady won’t have Chris Godwin to throw to as he broke his finger and had surgery to repair it. He’s not expected to miss a lot of time but will definitely be out this week. Brady has been on fire the last four weeks leading the NFL in touchdowns and was 4th in passing yards over that time. Leonard Fournette returned from injury, and you might say that it’s no big deal, but he adds another threat from the backfield and the Giants will have to respect that when he’s on the field. The Giants are going to have a tough time against the Tampa pass rush and this will be the biggest problem for them on offense.

The Packers come off of their win in week 7 as 6 ½ point favorites at home over the Vikings. Davante Adams had a monster game with 196 yards and two touchdowns.  The Vikings rank 29th in yards passing allowed per game and expect Rodgers and Adams to continue to put up some big numbers. The Vikings come off their bye having traded Yannick Ngakoue and that won’t help their cause. Dalvin Cook is still questionable to return from his groin injury, but if he does this could be a boost to the Minnesota offense. The Packers give up an average of 110 yds rushing/game, which ranks them 12th in the league. Divisional games are always tough, but the Packers should prevail as the Vikings may have entered tank mode.

Joe Burrow led a comeback in the late 4th quarter only to see the defense give it right back at the end of the game to the Browns. This week they face the Titans at home and are 6 point underdogs. The Titans lost an opportunity on another Stephen Gostkowski missed field goal to stay unbeaten. Facing the 28th ranked rushing defense, expect a big game from Derrick Henry . The Titans will try to stay on the field with the running attack to keep Burrow off the field. Burrow gives the Bengals a chance, but the defense won’t be able to stop Tannehill, Henry, Brown, and company.

Pick of the Week: Tampa Bay

Seriously? I’m not taking the Chiefs? Spoiler alert: I’m saving them for next week. Tampa should handle the Giants despite being on the road. Taking Tampa also helps out next week when most people won’t be able to take the Chiefs. This is a strategy pick. If you are in a pool where you can take a team multiple times, then of course the Chiefs are the pick. I actually like four of these games this week and would be comfortable taking any of them (leaving out the Eagles). Looking ahead and taking the Chiefs next week allows me to plan on Green Bay in week 10 and Pittsburgh in week 11 both against the Jaguars. If I took the Chiefs this week that leaves New England and Pittsburgh next week. The Patriots are a mess and even though they play the Jets, I’d rather not go in that direction. Tampa has an 83% chance of winning and I’m going to go with that.  Good luck this week and we’ll see you back for week 8 and my pick of the Chiefs.  As always questions answered on Twitter @gasdoc_spit