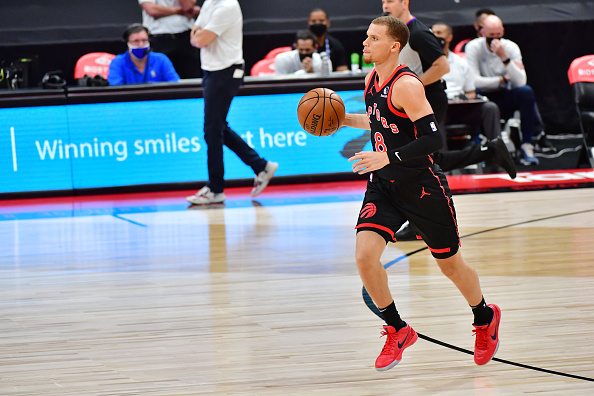 Fred VanVleet and Kyle Lowry remain out and Flynn benefits from that. He has played at least 31 minutes in three straight games and has at least 33 DK points in each game despite not starting. He's averaging 32.5 minutes in those games. He has eight steals and four blocks in the three games.

Hayes returned on Saturday and played 19 minutes and had 10.25 DK points against the Knicks. Hayes played 25 minutes and had nine points, seven assists, three rebounds, four steals, and two blocks for 34.25 DK points on Monday against the Thunder. He sat on the back-to-back Tuesday and should see a good amount of usage with Jerami Grant out against a Kings team...