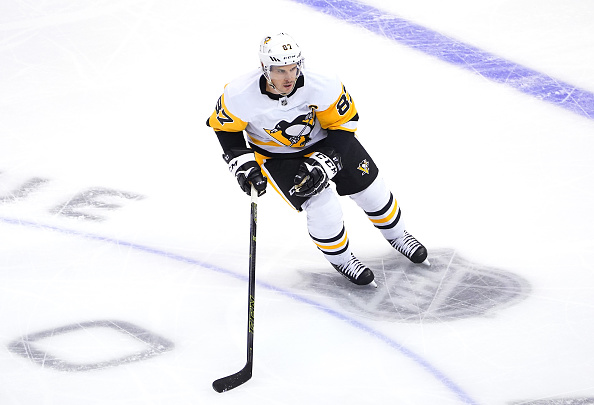 The best place to start when building your NHL DFS Lineup is with your goalie. Goalies are typically the most expensive player in your lineup, and having a good understanding of which goalies should perform well on the slate will also help you understand which other games to avoid. It is rare that there would be a reason to pay for a player who is going against your goalie.

The next place you want to look to is your stack. There is a strong correlation between goal scores and their linemates getting assists.

That said, they can also be just two in a stack, typically just a center and a winger and sometimes two wingers.

The idea of the three-person stack is you want to have three players who will not just be on the same line but also be on the top powerplay to ensure you are enhancing your odds of getting production. However, pricing of the slate sometimes doesn’t allow you to get three relevant players together, so you would then come back down to just the two-person stack.

Going with more than three players in one slate for a team is putting more eggs in one basket than I prefer, remember three players is one-third of your total lineup. With teams scoring an average of 3.02 goals per game, and the top line on many top lines contributing 60% or more of those goals in most cases, the odds of getting good value out of your 4th or 5th player aren’t great.

Most nights you should try to add another two-person stack, but in shorter slates that isn’t always possible, so you may wish to try and get a cheaper piece of a top line. Last year there was often value to be found in players like Pavel Buchnevich or Jesper Fast of the Rangers, who were playing with Artemi Panarin if you needed a winger, or Chandler Stephenson or Paul Stastny of the Golden Knights, who were often centring Mark Stone and Max Pacioretty . They were typically value plays, that let you get a higher-priced utility player, or aid your second stack.

Finally, your last pick will almost always be your second defenceman. You’re not going to want to spend a lot on this pick, but you don’t want to take a zero, so you might look to a player who shoots at a high rate or someone who will get you blocks. During last year’s playoffs, David Savard became what I knew as “the Dan Mailin special”. Savard almost never scores, but he is often getting a few blocks and getting you the block bonus for close to the minimum price.

I hope this helps you make some money this year and beyond, as always you can find me in the chat if you have lineup questions, and you will have the playbook and example lineups to help advise you with your lineup selection as well.