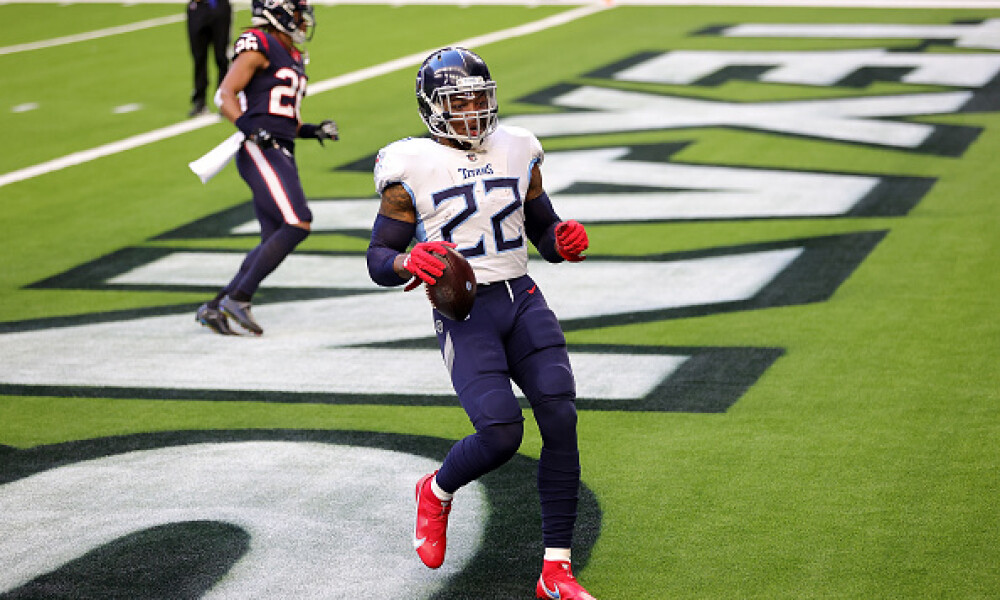 Best ball fantasy football drafts. It’s a beautiful thing. All the fun of drafting and trash talking with none of the hassle of setting a lineup, making waiver claims, or addressing terrible trade offers week after week after week. Those things are obviously great at times and an integral part of the fantasy football experience but at Fantasy Alarm we’re hardcore gamers. We are already neglecting our jobs and loved ones to play a bunch of regular leagues so why not take advantage of another less time-consuming version of the game and start drafting in June?

We started the series by giving you some tips on drafting wide receivers in best ball.  Now we're get into the running backs.  The games are similar at heart but there are some key differences in most best ball formats.  Namely:

There are some variations of course but that is the basic idea.  At the very beginning of your draft you’ll want to take the safest guys with the highest upside (like any format) but after that the strategy changes.  And, because of the preconceived notions from regular fantasy formats that carry over to best ball average draft position (ADP), there are advantages to capitalize on. So let’s dig into those, shall we?

This is the most obvious one yet people routinely undervalue these players. We mentioned in the wide receiver article how field stretchers, by nature of the role, can be boom or bust players which scares fantasy gamers away from them.  The “bust” weeks are often more memorable than the big ones. But best ball slots the players into your lineup AFTER the performance so it washes away the sins of those bad weeks - deep ball wide receivers are back on the menu.  Well, the same can be said for home run hitters at the running back position.

For instance, in a regular redraft league, you might not be super high on a guy like J.K. Dobbins as the Ravens use a ton of personnel groupings and substitutions. There is a risk he might not get the massive snap share that other guys are getting. Plus Lamar Jackson can vulture touchdowns. So, from week to week, Dobbins may have inconsistent production. That said, the second-year player has 99th percentile speed per PlayerProfiler.com running a 4.37 forty yard dash. He had 134 carries last year while Dalvin Cook had 312 but, per ProFootballFocus, Dobbins had a breakaway run rate of 43.2% (348 of his 805 yards came on runs of 15+ yards) compared to Cook with a rate of 21.7% (338 of his 1,557 yards). Yes, despite having less than half the carries, Dobbins had more yards on breakaway runs and he had 12 such runs to 13 for Cook. When you consider the speed and these statistics, it seems pretty clear that Dobbins is a great candidate to make big plays. So, if you owned him in best ball last year, Dobbins slid into your lineup the week that he had 13 carries for 160 yards and two touchdowns (including a 72-yard TD) but he didn’t count against you when he had five carries for 13 yards. Yeehaw.

Another place I like to look for big play candidates is the NFL’s Next Gen fastest plays list. Last year in week one, Raheem Mostert kicked the year off with a 76-yard touchdown reception vs. the Arizona Cardinals where he clocked a ridiculous 22.73 miles per hour. The very next week he had an 80-yard rush vs. the Jets where he somehow beat that and clocked 23.09 miles per hour. That’s how he started the season in back-to-back weeks before eventually getting hurt. For the rest of the year, no one topped these two speeds.

Here are the top running back speeds clocked last year per Next Gen Stats.

The “running back by committee” is the scourge of the fantasy gamer.  In normal redraft leagues, there is nothing worse than trying to guess if your guy is going to have the big week or whether the other guy will be the “hot hand”.  So much so that people will fade the timeshare running backs and draft inferior players under the assumption that they will get the “full workload”.  You know where we can take advantage of that perceived slight? Best ball.

Notice anything about those names above from the fastest play list?  Pretty much all of them besides Derrick Henry were in some sort of timeshare. But each one of those plays was enough to slide that player into your best ball lineup for that week alone - I mean, a 76-yard receiving touchdown by Raheem Mostert is a 14.6-point play. And it doesn’t just go for the speedsters either.  By the nature of best ball with no waivers, these drafts are typically DEEP - often upwards of 30 rounds. In those deep rounds, all you really want is a guy who can score a touchdown from time to time.  So those touchdown vultures come back into play.  If you are impressed by AJ Dillon’s quads and think the Packers will score enough touchdowns that he will get a couple by default, this is the format to get those quads on your squads. It’s also the place to take a stab on the rookies that you kind of want but wouldn’t have a roster spot for in a real league. With 20-30 roster spots, go crazy. You never know who might break out. Or maybe you do.

Another strategy that can be a headache in regular redraft leagues is stacking two players on the same team. If you think having one guy in a timeshare is brutal in redraft, it’s twice as bad when you have both.  You’re opening yourself up to the possibility that you pick the wrong guy and the other goes HAM on your bench.  Ask the redraft players who thought it was a good idea to draft both Devin Singletary and Zack Moss last year.  Nightmare. However, in best ball, that wasn’t exactly a bad strategy. Both of them had low enough ADP’s that you could grab them for a fairly inexpensive price.  And, when you take the guessing out of it and just get the best weeks, it was actually a pretty decent move.

Outside of the weeks where Moss was hurt, it was not only incredibly difficult to guess which guy might go off but the downsides were pretty rough, totally a nine-to-ten point swing a times. You basically needed to start Singletary early season, switch over to Moss mid-season, pivot back to Singletary for late season/early playoffs, then correctly jump over to Moss for championship week. You didn’t do that. If we set the barrier to entry at ten PPR points for best ball, if you owned just Devin Singletary , you scored 95.2 points and if you owned just Zack Moss you got an even worse 67.5 points.  However, if you owned both, you scored 162.7 points, had a reasonable running back that could slot in for at least 11 weeks, and even had a couple weeks where BOTH guys might have cracked your roster. Not so bad when you can retroactively put in the best guy, as best ball automatically does. Just throw those bad running back weeks in the trash.

And that’s not the only way to stack. Another obvious one is the “handcuff” stack where you grab the backup for your star player later on in case your guy gets hurt.  Heck, sometimes they both end up scoring and you look like a genius.  Dalvin Cook has never had a healthy season? Draft Alexander Mattison. Don’t like how many career carries Ezekiel Elliott has had? Grab Tony Pollard.  With 20-30 roster spots, you can use this to give yourself peace of mind.

And the last and less conventional stack is the QB/RB stack. Everyone knows about stacking a quarterbck with a wide receiver but the QB/RB stack flies under the radar. And there are multiple ways to execute it. An obvious example is pass catching RB's. In 2020 Austin Ekeler got hurt and missed games but in 2019 he caught eight touchdown passes. In seven different games.  That’s more than most WRs get and, if you stacked him with Phillip Rivers, you got double the touchdowns. But it’s not just restricted to pass catching RBs.  If you are worried about Lamar Jackson vulturing touchdowns from J.K. Dobbins, you can stack Jackson with Dobbins and get all those points. Or, if you think the offense in general is just going to be super prolific, you can take the guessing game out of whether it’s going to be a passing week or a running week and just load up on both sides of the coin. For back to back years now, “The Aaron Stack” of Aaron Rodgers and Aaron Jones has been quite profitable. Or, if this year you think the Cowboys will have an explosive offense like many predict, you can go with the “Freaky Deaky Stack Dak and Zekey” (we are still workshopping the name).

If you are interested in tips like this for all formats, follow Andrew Cooper on Twitter @CoopAFiasco or him out on the Fantasy Alarm podcast where he and Jon Impemba have been talking best ball strategies all month!